The gothic Berner Münster is the dominant feature of the Berne townscape. The Cathedral is the focal point of Old Town of Berne , which was inscriped on the UNESCO World Heritage List in 1983.

Phase one of Construction

Matthäus Ensinger was borne to a family of master builders in around 1390. Ensinger was trained by his father, Ulrich von Ensingen, who had been the master mason of Strasbourg Cathedral

Ensinger provided the concept foir the elevation of the choir, side-chapels and ground-plan and initiated the first phase of construction.

Work on the Berner Münster did not proceed as planned as war expenditure dug in. Consequently, Ensinger assumed the post of master mason of Ulm Münster in 1445 - although Ensinger did return to Berne several times prior to his death in 1463.

During the construction period, services continued to be held. As is customary during "extensions," large parts of the old parish church were left standing while Ensinger built around the old church. Construction started with the north-side chapels.

The unvaulted choir, which had been temporarily covered, was equipped with stained-glass windows during the 1440s and 1450s and put into use for services.

Following the Old Zurich Wars (1436/1450), work on the Berner Münster renewed. Between 1449 and 1451, the nave of the old parish church was pulled down and work on the nave piers and west end were begun.

Stefan Hurder held the post of master mason from 1453 and 1469. He was succeeded by Niklaus Birenvogt, who held the post until 1481.

Erhart Küng was born in Statdlohn, Westphalia in around 1420. Küng came to Berne in around 1450 where he married and gained admission to the Town Council in 1460.

Küng became a stone sculptor in around 1460 and began work on the west door. Küng was appointed master mason in 1483 and continued construction of the nave and tower.

The bells were rehung in 1489 and the tower of parish church as removed as was the gap was the eastern area of the north aisle. During this period, the circular stair-turret in the choir and the <<Schultheissenpforte>> (Mayor's Door) were completed. Once the stabilising nave walls had been erected, the tower was raised to the level of the lower octagon (1506/07-1521.)

Under Peter Pfister, much of the building had been completed and vaulted. The vaulting of the nave and upper tower rectangle remained to be completed.

Daniel Heintz - a master builder from Valseia at the foot of the Monte-Rosa Massif - was summoned from Basel by the Berne Council to complete the edifice in 1571. The vaulting of the nave, the tower area and north-west porch were created between 1571 and 1575. Heintz also sculpted the figure of Justice on the main door.

Completion of the tower

<<Münsterbauverein>> was founded towards the end of the 19th century as the idea of completing the the eight-meter-high octagon and crowning it with a spire was revived. Between 1889 and 1893, the tower was completed with influences from Strasbourg, Ulm and Freiburg am Breisgau. Perhaps this is explained by the involvment of August Beyer in the planning as he had completed the towers at Ulm Cathedral. August Müller was responsible for supervising the project. The arches beneath the tower and the western nave bay were reinforced to take the weight of the tower.

Berne - what not to miss 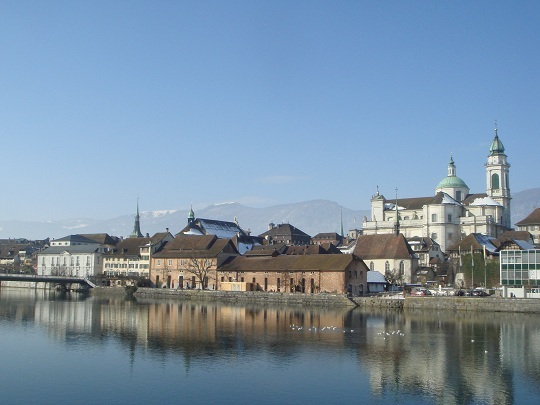 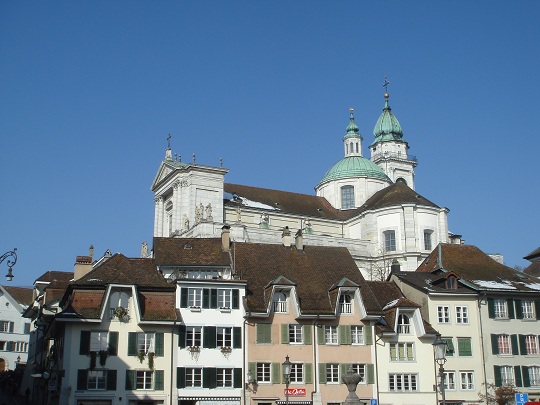 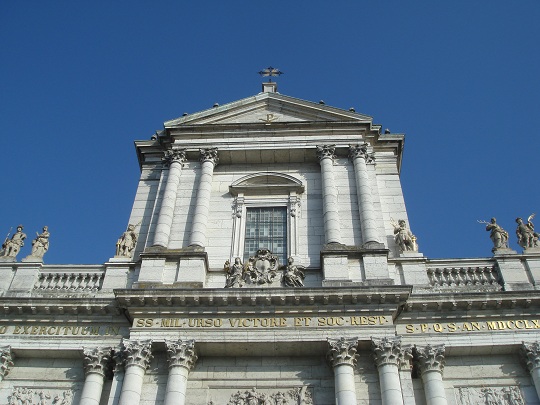 Façade of the Baroque Solothurn Cathedral