By: Dave n Deb of the Planet D

The new China is a phrase we heard regularly as we travelled through the world’s fastest growing economy. 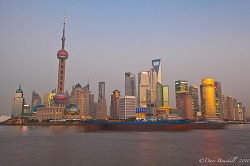 As I looked around I could understand why. Everything is changing at rapid speeds. Shanghai’s impressive skyline is a mere 20 years old. It is hard to believe, that the Pudong New Area used to be a quiet fishing village in the 1990’s. Young women used to dream of marrying a man from the Bund just across the Huang Pu River. Now it is a collection of massive and unique skyscrapers lit up with neon lights and is poised to take over Hong Kong’s status as China’s economic capital.

Everywhere we looked in China, we saw the old being pushed aside, smashed down and demolished to make way for the new. 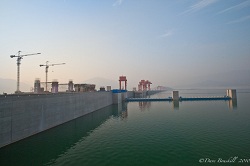 Ancient cities along the Yangzi River are now 90 metres under water. Thousands of years of tradition were flooded to make way for the Three Gorges Dam project. Never fear though, the government has made shiny new cities higher up on the hills and replicated the age-old temples and priceless artifacts.

It may seem odd to us to wipe out an entire history to be replaced by modern amenities, but the Three Gorges Dam project has generated much needed electrical power for China’s increasing demand. It also controls flooding downstream and has improved shipping routes into China. The Three Gorges Dam is controversial yet at the same time very impressive and could make life easier for Chinese citizens in the future. 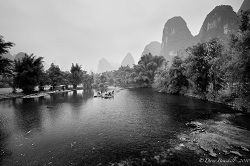 A person traveling through China’s main tourist route from Hong Kong to Beijing will have to work hard to seek out traditional ways of life. Computers, Cells Phones and flat screen TVs are found in ultra modern department stores. Fast food restaurants are popping up all over the country and BMW’s, Mercedes and other luxury cars can be seen on every street.

China still has incredible sites to be seen and you can still find pockets of the old ways of life. In Beijing, some hutongs (narrow residential alleyways) have been designated as protected areas to preserve China’s cultural history. Local markets give a feel of the old and the Chinese countryside is not only remarkable scenery but also very quiet and relaxed. Here you will see people picking tea as they have for centuries, men tending their fields using water buffalo and fisherman floating on bamboo rafts down the river. 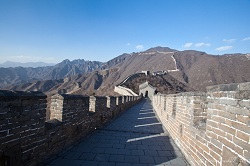 The famous sites of China will not disappoint even in today’s modern world. The Great Wall of China, The Terracotta Warriors and the incredible Karst formations of Yangshuo are just a few of its world wonders. Everwhere you go you will be reminded of an epic movie, a place of fables or a moment from your history class. How can one not be excited to visit the Forbidden City? Cruising down the Yangzi feels like a fairytale and an up close and personal view of the Giant Pandas is something you will never forget.

The people of China are warm and welcoming. If you find yourself walking through a park while people are dancing or performing karaoke, don’t be afraid to join in. You will be embraced with open arms while enjoying an authentic moment of every day life. Sit down and have tea at an outdoor teahouse and be open to chatting with the locals. You will be surprised just how much they enjoy chatting with foreign visitors.

The time to go to China is now. They are in the middle of a very exciting era as they enter the world stage but things are developing so rapidly that you may soon be hard pressed to tell the difference between Beijing and New York City.

About Dave n Deb of the Planet D 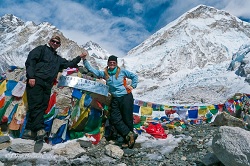 Dave and Deb - the adventure travel couple that have climbed, paddled, hiked and biked through nearly 50 countries. From summiting Mount Kilimanjaro and trekking to Mount Everest Base Camp, they are always searching for unique and challenging hikes around the world. Their next adventure takes them through 15 countries from England to Mongolia in the Mongol Rally - a charity rally raising funds for communities in need while driving 16,000 km through some of the toughest terrain on earth. Follow their ongoing adventures at www.theplanetd.com, on Twitter, on  Facebook, and YouTube. Contact  Dave Bouskill & Debra Corbeil at  theplanetd(at)gmail(dot)com