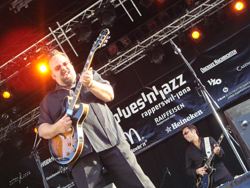 This evening we went down to Rapperswil for the annual Blues n Jazz festival. We arrived at 18:30 on the first day of this three day event to see Otis Grand & Bluesgamblers kick off Friday evening in Fischmarktplatz. We secured our seats at the Dieci pizzeria for a spot of dinner being careful to ensure we overlooked the stage. Having order our dinners, we kicked back in the summer sun - simply waiting for both dinner and the gigs to get going.

Otis Grand took to the stage shortly after our food arrived. Which was a great way to enjoy dinner. Grand's powerful voice, energetic performance and stage presence are an excellent addition to an outdoor dinner in a historic setting. 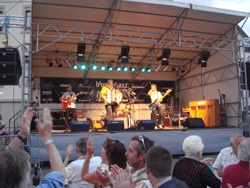 After the guitar-blues style of Otis Grand, Johnny Sansone was quite somethin'. The enthusiasm acordionist and harmonica player Johnny Sansone has for his music, his original music, is contagious and the crowd caught it. Big style. Playing many tunes from his latest album Poor Man's Paradise Johnny seems to take many of his cues from the real life - some of which seem to come from his home town of New Orleans which (according to his website) turned his life upside down along with the lives of many others. While the acordian is not normally my particular choice of instrument, Johnny's evervesant persona, skilled playing and straight-forward down to earth subject material made his performance highly enjoyable. 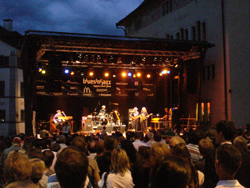 After Johnny Sansone, we headed onto Rapperswil's Hauptplatz to see the Louisiana born blues guitarist Sherman Robertson. Dominated by the Rapperswil Castle, the Rapperswil main square is a formidable live venue and always attracts a large crowd. And Sherman Robertson strong brand of electric blues is a fine reason for a large crowd to assemble. Known being the the guitarist of choice on Paul Simon's Graceland album, Shermans energetic performance went down a treat the spacious, yet full, Hauptplatz. 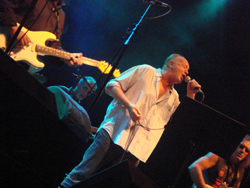 Probably the most high-profile performer of this evenings acts, we caught Roger Chapman at Fischmarktplatz. As anticipated, Fischmarktplatz was utterly packed with many making a special effort especially to see Chappo and, I have to admit, I was also looking forward to his performance here in Rapperswil. Chapman gave the most energetic and up-tempo performance of the acts we saw this evening and the crowd really seemed to take to him. Chappos musical skills and performing ability are beyond doubt having previously sung the hit "Shadow on the Wall" on Mike Oldfield's Crises album and further success in Germany and other European countries.

As is customary in Rapperswil, the mood at the Blues n Jazz was convivial. The crowd is friendly, local and, generally, has a good knowledge of blues and jazz. 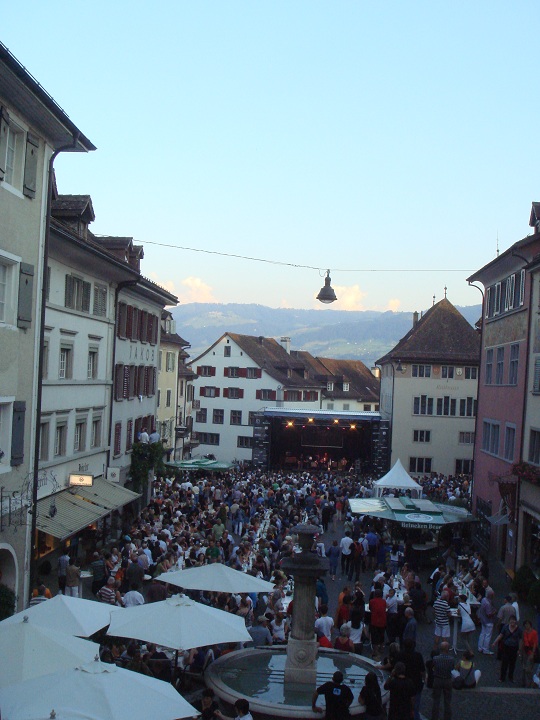 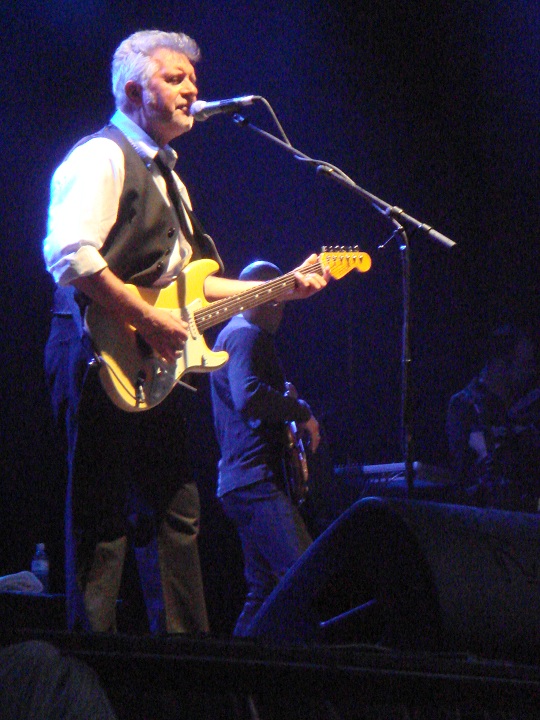 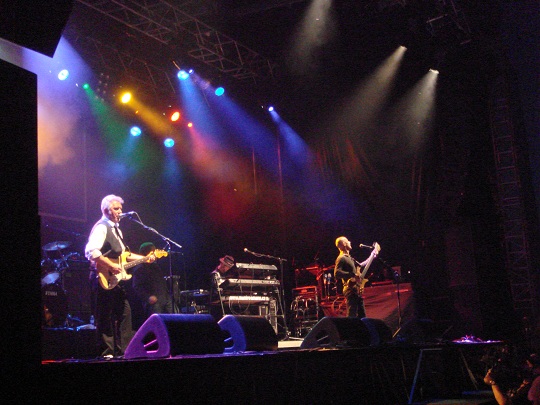 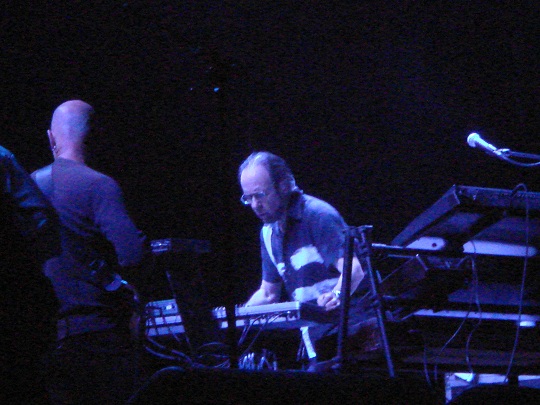 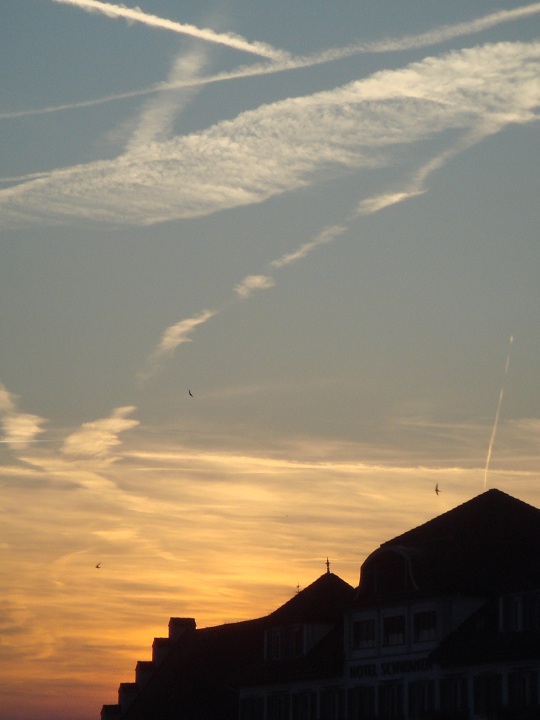 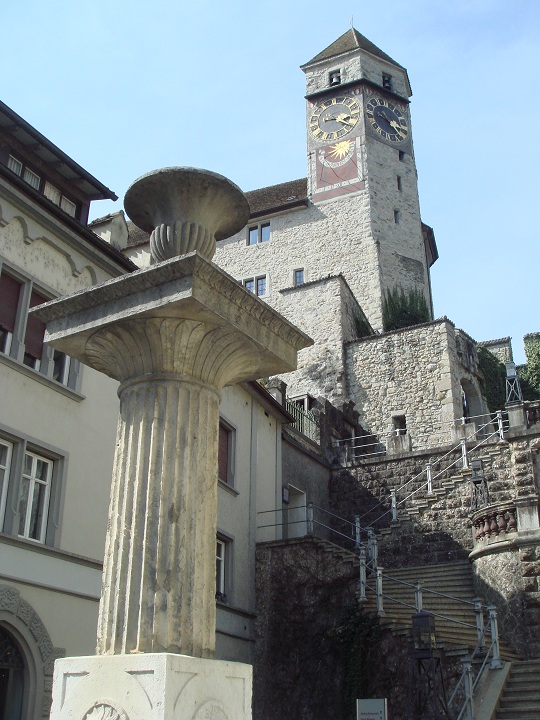 Einsiedeln - Travel information on and about Einsiedeln, Canton Schwyz, Switzerland