The Roman Houses (Case Romane del Celio) were reopened to the public on the the 16 January 2002 by Fondo Edifici di Culto, a division the of the Ministry of the Interior, following restoration by the Soprintendenza Archeologica di Roma and the Soprintendenza per i Beni Artistici e Storici.

Padre Germano, a Passionist brother, who was excavating underneath the Church uncovered this complex of 20 rooms in 1887. Some of the rooms are very richly decorated with fresco work and date from the 3rd to the 12th century. The Roman Houses, which include houses, shop and a road section, cut through the foundations of Church of Santi Giovanni e Paolo and provide a fascinating insight to Roman life at the times.

Tradition has it that this was the house of John and Paul who had been officers at the court of the Emporer Constatine (312-37) John and Paul were matryred under the rule of Julian the Apostate (361-363) and were buried on the site of their home.

The titulus Pammachii or Basilica of Ss Giovanni e Paolo was founded in the early fifth Century and now stands over this complex. The monument originated as a variety of building types, I am told, which included an apartment block for artisans and weathly domus which were later converted into an early Christian Church. During the 3rd Century, these disparite properties combined under a single owner who transformed the the property into a pagan house with some finely decorated house.

The Antiquarium exhibits finds from both the houses and the Basilica. It contains Islamic pottery dating from the 12th century which had been used to embellish the medieval bell-tower of the church.

Access to the site is through a door in Clivus Scauri. Metro line B stops Circo Massimo or Colosseo are closest.
View Larger Map

The Roman Houses are open every day (bar Tuesday and Wednesday) between 10am and 1pm and from 3pm to 6pm.

Guided visits and evening tours are available on request. Access is restricted to groups of 15-27. Facilities for the disabled are available. Cameras are not permitted. 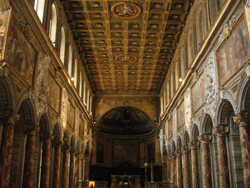 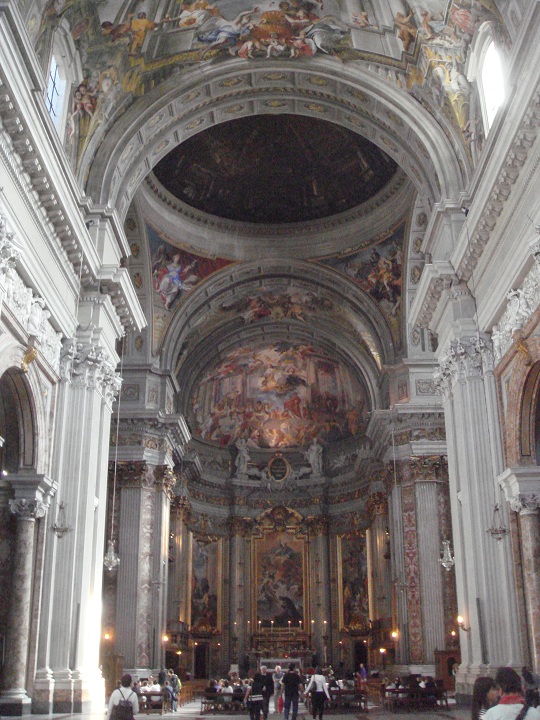 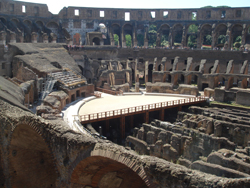 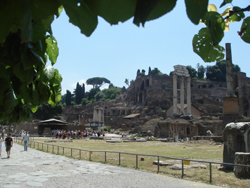 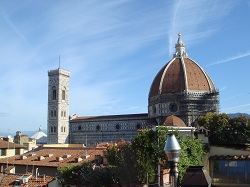 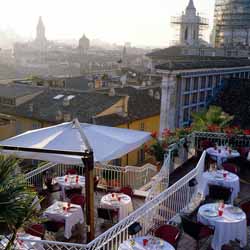 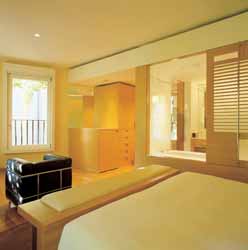 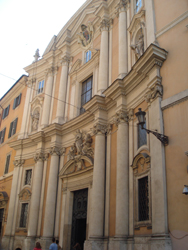 Getting to Rome - How to get to Rome